The tech industry is one of the most rapidly evolving and dynamic industries in the world. Over the past year, there have been a growing number of layoffs due to changes in technology, economic downturns, and other factors. Unfortunately, this trend is likely to continue in 2023 year.

Because Google is cutting 12,000 jobs across its global workforce, the company announced on Friday. The move is part of a restructuring effort to focus on new businesses, such as cloud computing and artificial intelligence.

The move follows similar job cuts at other Big Tech companies in January, including Microsoft: In January 2023, Microsoft announced it would be cutting 9,850 jobs globally, including 1676 in the U.S., as part of its reorganization.

IBM: In January 2023, IBM announced a restructuring plan that included job cuts in areas such as sales and marketing. The company said it would cut about 5,000 jobs, though the exact number of U.S. cuts was not specified.

The layoffs are a sign of the shifting economic climate brought on by the coronavirus pandemic, as well as changing consumer habits and increased competition in the technology sector.

Google said that it will be offering “generous” severance packages to affected employees and will continue to invest in “areas with strategic value” such as artificial intelligence, cloud computing, health care, and safety.

The company added that it will also “continue to create roles” in other areas of its business. Google said that it will provide assistance to employees who are looking for new opportunities outside of the company.

In 2023, layoffs in the tech industry are expected to continue as companies grapple with the changing economic environment and declining demand for certain products and services. This could lead to reduced job security for many tech workers, as well as increased competition for those jobs that remain.

The impacts of these layoffs on the industry could be far-reaching. Companies may be forced to invest more heavily in automation, which could further reduce the number of jobs available for human employees. In addition, the cost of training and hiring new workers could increase, leading to higher wages for those who do manage to find work.

On the other hand, some experts believe that these layoffs could provide an opportunity for tech companies to become more efficient and competitive by reducing their workforce and investing in new technologies. This could create a more dynamic and innovative industry, one that is able to quickly adapt to changing market conditions.

Ultimately, the effects of tech layoffs in 2023 will depend on how the industry responds. If companies are able to successfully adjust to the changing landscape, they may emerge stronger than ever. However, if they fail to do so, the long-term impacts could be devastating. 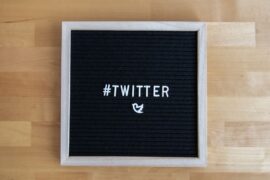 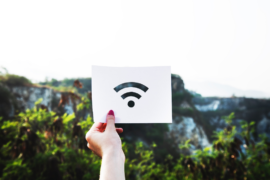 How to Stay Safe On Public WiFi Networks