How to Become a Blockchain Developer

The blockchain is one of the most innovative and disruptive technologies of our generation. As the underlying technology of Bitcoin, it has the potential to change the way we store and transfer value.
There are a few things you should know if you want to become a blockchain developer. First, blockchain technology is still in its early stages, so there is a lot of room for experimentation and innovation. Second, because it is such a new field, there is no one “right” way to become a blockchain developer. Third, you will need to be able to code in order to develop on the blockchain.

In this article, we’ll explore what it takes to become a blockchain developer, including the necessary skills, education, and job opportunities.
So, if you’re ready to take the plunge into the world of blockchain development, then read on!

What is Blockchain Technology?

Blockchain technology is a decentralized database system that records transactions using encrypted digital currency. It was invented in 2008 by Satoshi Nakamoto, who published his white paper entitled “Bitcoin: A Peer-to-Peer Electronic Cash System”. In this document, he described how Bitcoin works. The concept behind blockchain is to create a distributed ledger that cannot be altered retroactively without the alteration of all subsequent blocks and their consensus.

How Does Blockchain Work?

It works by using a peer-to-peer network where data is stored in blocks. The basic idea behind blockchain technology is that each transaction is recorded in a block, which is linked to previous blocks. Each time a block is added, it links back to the first block, forming a chain. As long as the majority of nodes agree on the order of the blocks, then the information cannot be changed.

There are many reasons why people would want to use blockchain technology. One of the biggest advantages is that it provides transparency between parties. When someone makes a payment, they have proof that they paid the person they owe. There is no need to trust a third party since the data is stored on the blockchain.

Another advantage is that it is secure. Since the network is decentralized, there is no single point of failure. If any node goes down, the rest of the network continues working. Additionally, blockchain is distributed, it provides a secure way to store information without needing a central authority. A blockchain network is public, meaning anyone can access it, view the records, and verify them. In addition, any transaction performed on the blockchain is permanent and unchangeable.

Why you Need to Become a Blockchain Developer

Blockchain technology is transforming the world we live in. It’s not just about cryptocurrencies anymore; it’s about how businesses operate and how people interact with each other. In fact, blockchain technology is being adopted by many industries, including healthcare, finance, real estate, manufacturing, retail, government, insurance, education, and even agriculture.

What Skills Should I learn to Become a Blockchain Developer?

To become a blockchain developer, you should know programming languages like Java, JavaScript, C++, Python, PHP, Ruby, and others. You should also understand cryptography and security concepts. Finally, you should have knowledge of databases and networking protocols.

Where Can Blockchain Developers Find Jobs?

You can find jobs in the blockchain industry at companies like ConsenSys, BlockApps, and others. These companies offer blockchain training programs and internships. If you want to work directly on the blockchain, you can look for open positions on sites like LinkedIn.

Learn How to Code to Become a Blockchain Developer

Blockchain technology is based on cryptography and distributed ledger systems. To understand how these technologies work, you need to learn how to program them. There are many different programming languages that you can use to create applications and programs for blockchain networks. They all have their own unique features. You should choose the language that best suits your skillset and experience level.

After deciding on the type of coding language you want to use, you need a good book to read or a course. A good book/course will teach you everything you need to know about coding.
To get started with blockchain development, you should first familiarize yourself with the basic concepts of coding. Learn about variables, loops, arrays, data types, and control structures.

Next, Start by writing simple programs, and then move on to more complex ones.

Must Read: What Makes a Successful Software Engineer

Understand the Basics of Cryptography

Cryptography is the practice of using codes and ciphers to secure information. Cryptography is often used to protect data online and ensure privacy. If you want to develop blockchain applications, then you need to know how to implement cryptographic algorithms. Algorithms are mathematical formulas that help encrypt and decrypt data.

Get Familiar with Distributed Ledgers

Smart contracts are computer protocols that help to facilitate, verify, or start enforcing contract negotiation or performance. Smart contracts have three components: 1) executable code; 2) state variables; and 3) a database. Executable code is written in a high-level language and stored in a blockchain’s memory. State variables are data elements that track the status of the contract. A database stores the current values of the state variables.

Once you have mastered the above concepts, you can begin developing your skills by building simple applications. Once you feel comfortable with coding, you can move on to more complex projects. You can build mobile apps, desktop apps, or both. 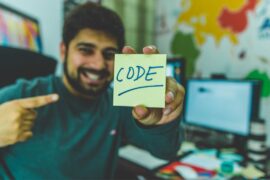 The Best Online Coding Courses in 2023 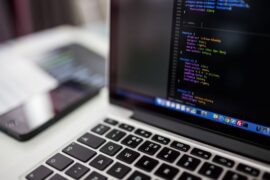 Best Ways to Learn How to Code for Beginners 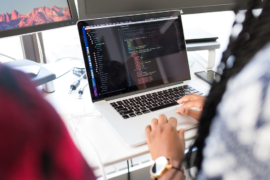 How to Become a Metaverse Developer – Skills, Scope